Three Cuban activists travel to Brussels at the same time as the Chancellor of the dictatorship. The three promoters of Cuba Decide belonging to different organizations of civil society in the Island, demanded democratic changes in the Island as conditions that Europe must evaluate before implementing the agreement.

Since the Council of the EU signed the Political Dialogue and Cooperation Agreement, PDCA, with the Cuban government in December 2016, and the European Parliament endorsed the agreement in July the year after, member state after member state have been ratifying the agreement without criticizing the totalitarian Cuban political system or the deteriorating human rights situation.

This comes as no surprise, as the European governments have abandoned their previous position to condemn human rights violations in Cuba, and demand democratic reforms, as did the EU Common Position on Cuba from 1996. This concession to the Cuban government is best described in the EEAS Annual Report on Human Rights and Democracy in the World in 2016 which says that: “Cuba is a one-party democracy, in which elections take place at municipal, provincial and national level.”

The Cuban constitution and electoral system are designed to prevent the free expression of the sovereign will of the Cuban citizens, and their effective participation in elections. Government authorities, including electoral ones, act in a coercive and arbitrary way, and systematically violate the civil and political rights of the Cuban people – especially members of the independent civil society and political prisoners – who continue to be victims of the repression of the political police since 60 years.

The core purpose of this process should be to force the Commission, and its foreign policy branch, the EEAS, to state what reforms should be implemented in Cuba in order for the Cuban government to uphold the principles of human rights and democracy stated in the PDCA. The core problem of the agreement is that it does not specify democracy and respect for human rights as objectives of the cooperation and political dialogue, it only describes them as principles the agreement relies on. This makes it difficult to evaluate the results of the agreement, and the parties avoid explaining what will change the coming years, hence it becomes impossible to say if the Cuban government is fulfilling it.

However, by using the ratification process in the member states highlight this problem and demand clarification from the EU what changes the it wants to see, the process will create a political pressure on both the Cuban government and the EEAS to make clear their aspirations.

In order for the legislative assemblies to ratify the PDCA, they should demand from EEAS to commit to the following.

1, Clarify what concrete reforms the EU asks for in the human rights dialogue with the Cuban government and evaluate how they are progressing. The reforms should be at least:

3, Start cooperating with the Cuban independent civil society and press as in any other country, i.e. inviting civil society to formal discussions on the implementation of the agreement, contributing to the financing of civil society organisations, inviting independent journalists to press conferences and publicly denouncing politically motivated human rights violations. EEAS should also make clear that there will be no financial contributions to official Cuban organisations or state agencies, until the government publicly back the reforms necessary for democratization listed above. 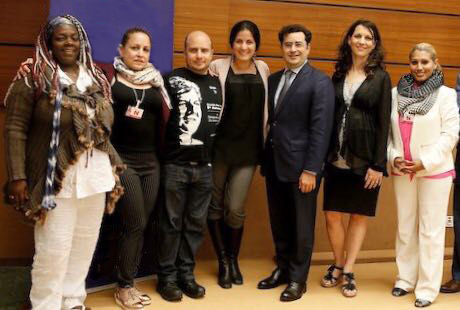